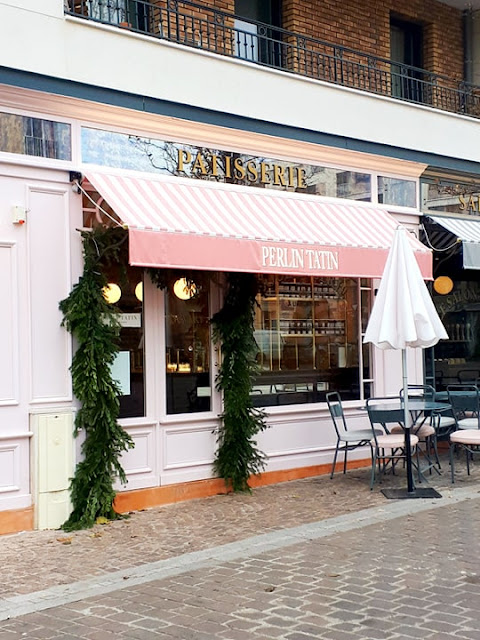 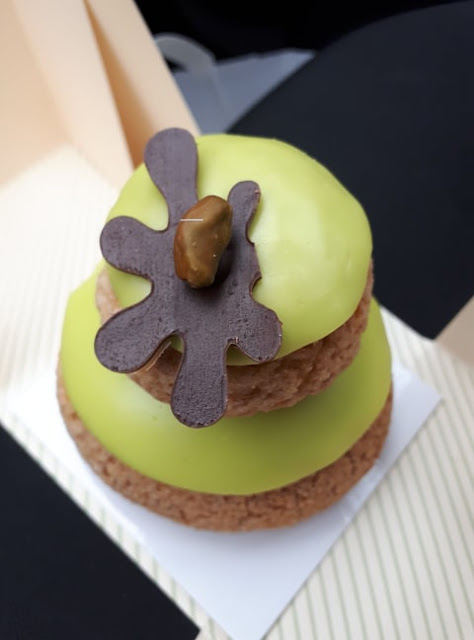 Famous Chef Norbert Tarayre is obsessed by opening new hot spots in Hauts-de-Seine, which is bordering Paris. And I say: "YES! Thank you!". As much as I love Paris, I also think there are beautiful citieswhich are a train ride away that are worth visiting. Rueil-Malmaison is definitely one of them. In fact, I wouldn't mind living there. You'll find a gorgeous park, a castle where Napeléon resided, and a fancy village-like downtown. I was just missing a gourmet spot. Wish granted!

Pastry Chef Ludovic Chaussard is in charge on their amazing jewels. Prices are a bit high (5.80 euros for my dessert), but just the same as downtown Paris. I fell for the "Religieuse Pistache-Griotte" Pistachio cream custard with a heart of cherry. Just unbelievable. I am more an éclair kind of girl but this time, ***sigh***. I'm not sure I can describe the explosion of flavors and yet it is so delicate and divine. Size is very generous. Yumm, you guys!

I also bought some Fruit Bread. Also very generous with the toppings. It was really good and was gone before sunset. 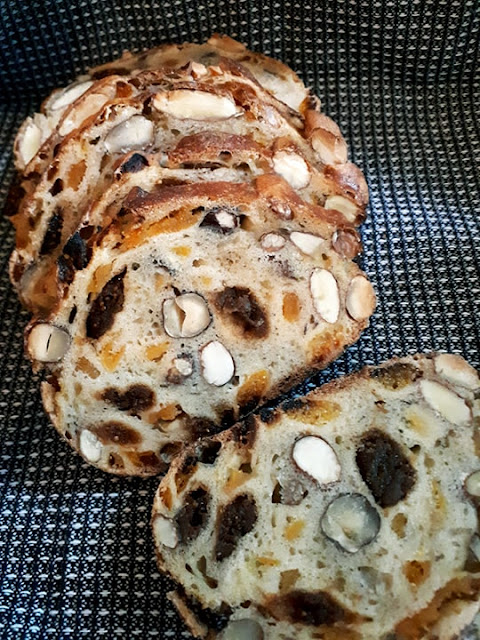 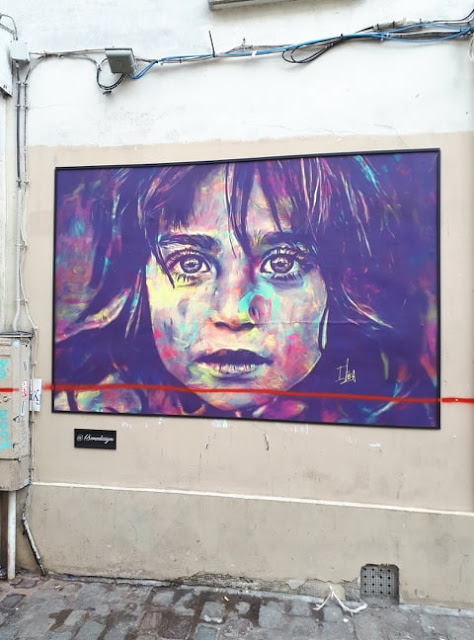 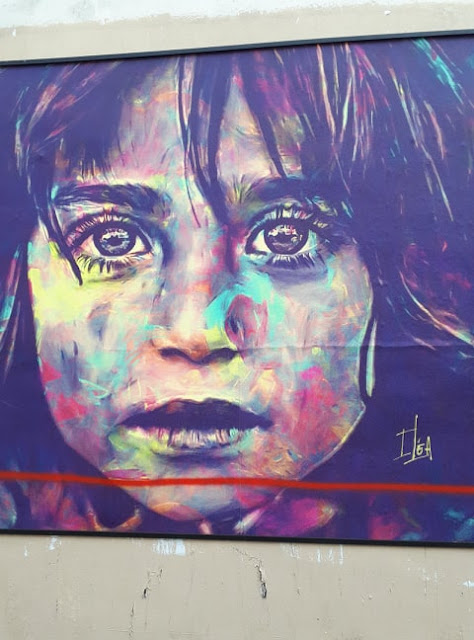 Email ThisBlogThis!Share to TwitterShare to FacebookShare to Pinterest
Labels: 18, streetart 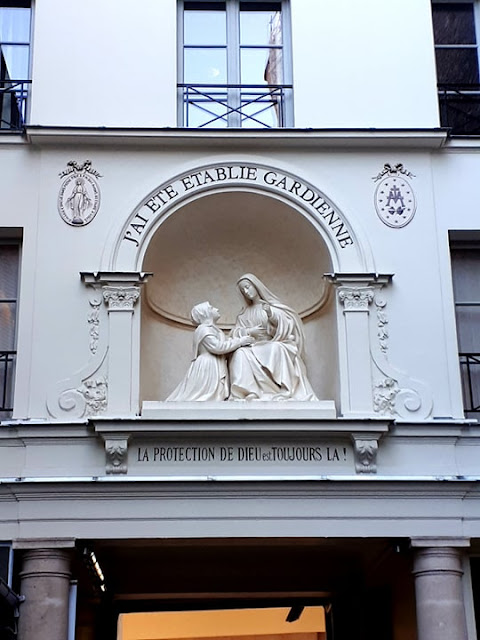 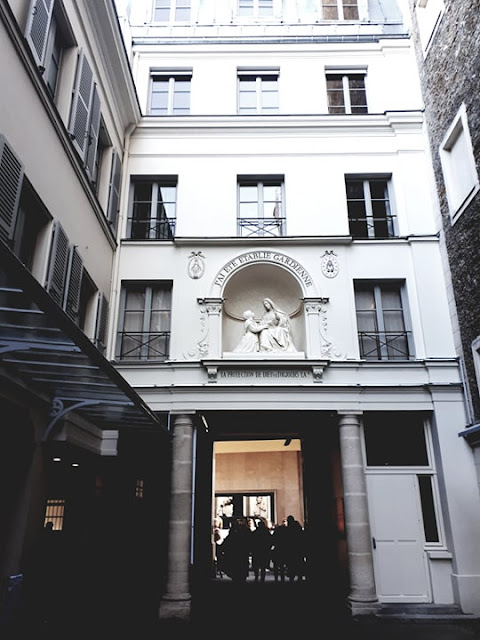 Lately I have really been feeling blind. Next to the Bon Marché, literally behind it, is the Chapelle of Notre-Dame de la Médaille Miraculeuse. As a true Parisian, I guess I've never paid attention before that there was an entrance for a church there. What's wrong with me? I've got to go back into tourist mode where everything is new and interesting. Anyway, you've got to visit it! Plus there's a bathroom there. I mean, hello, just for that reason you've got to go. I'm being real there. :) 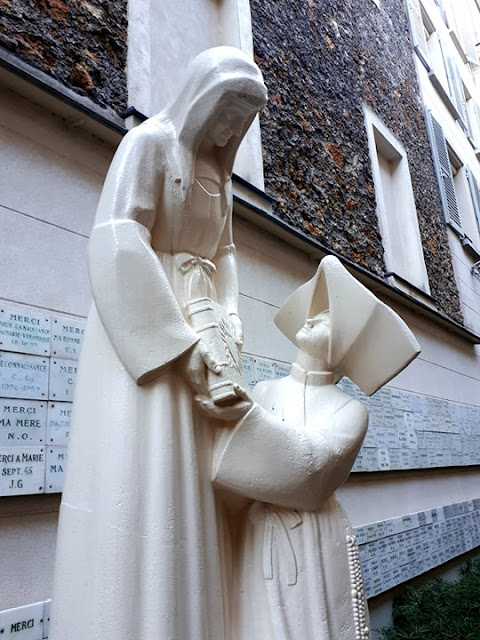 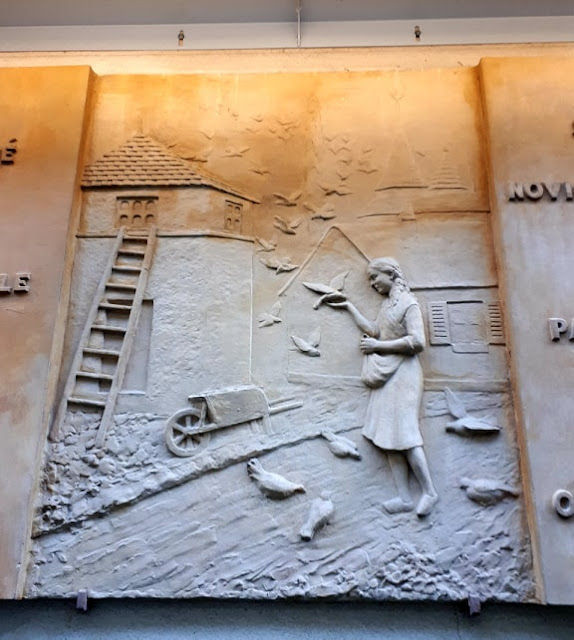 The setting is quite unusual which is one of the reason I like it so much. As you arrive, you have a long passageway leading to the church. There you will find the much needed bathroom, a store and other offices. On the wall, a beautiful sculpted time frame. One of the first things which really strucked me is the difference between let's say Notre−Dame or the Sacré-Coeur which are mostly filled with tourists and this place. Here you will find a lot of pilgrims and devotes which gives it a different ambiance to it all. Another thing that stood out to me is how much light there is. Usually I find Catholic churches very dark inside but it is not the case here. 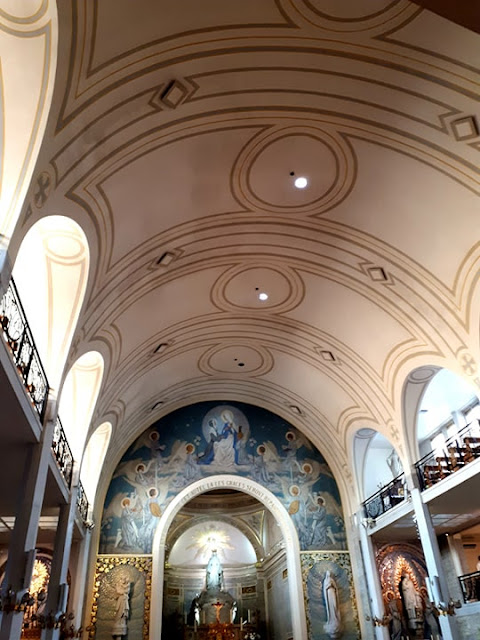 In 1815, the Emperor offers an aristocratic mansion to the Order of the Filles de la Charité (Charity's daughters, aka nuns). The transformation into a Chapel begins. In 1830, Sister Catherine Labouré (you might recognize the name from a beautiful garden named after her which is a street away. Find my article HERE)  sees the Virgin Mary in an apparition. 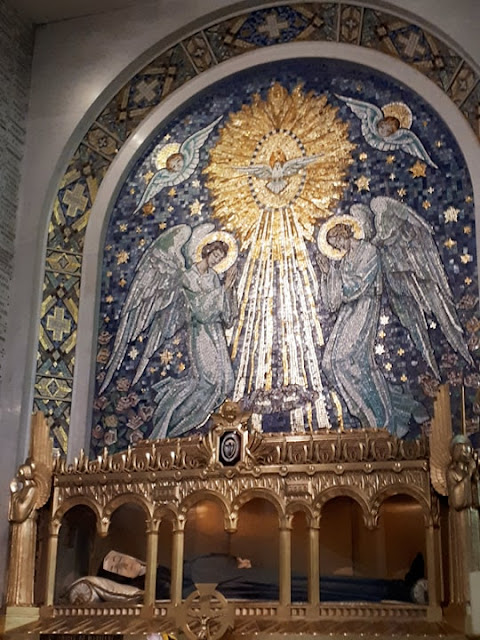 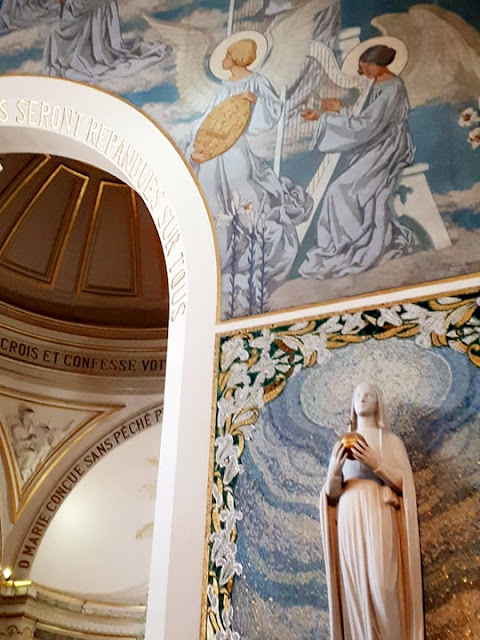 "And what about the name?" you might say. The name miraculous medal originated from an event in 1832, only 2 years after the apparition of the Virgin Mary. In Paris, there was a deadly outbreak of cholera (over 20 000 dead). The Father in charge ordered the manufacturing of  2 000 medals with the Virgin Mary on it. Shortly after being distributed, it is said that miracles and healing began to happen to those whom had one in their possession. By 1839, there was over a million medals in the world and by the death of Sister Catherine Labouré in 1876, over a billion. 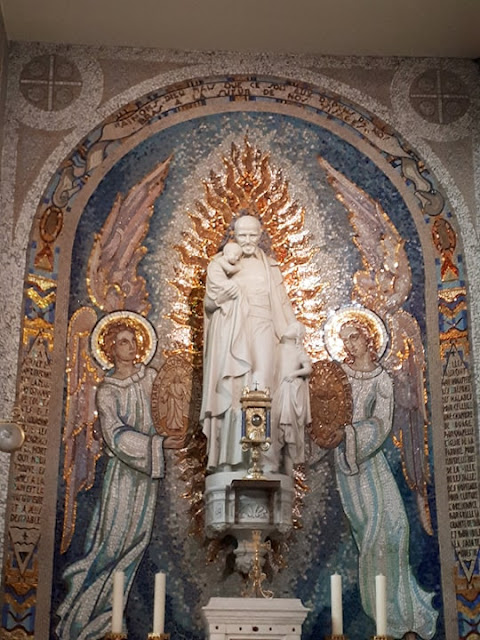 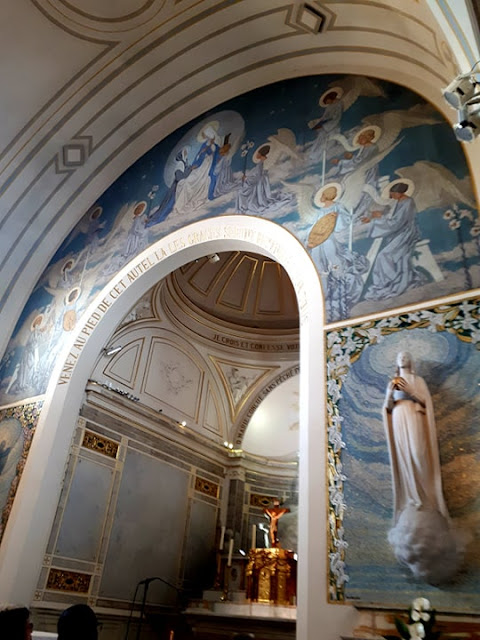 Whether you believe or not, the building is still amazing. You can meet people from all over the world whom are pretty nice and once again, bathroom stop! Won't let that one go and that for sure is a true miracle in Paris.
at 3:09 AM No comments: